Alright, I think we all know the basics but I’ll say it anyway: Time travel is real and first generation bluegrass musicians have been trying to keep it under wraps for the last 74 years. That’s right, this engineer is about to reach up and blow the whistle. No longer must we toil in the shadows of chemtrails while the Bluegrass World Order meets below the Denver Airport to laugh about Malaysia Airlines Flight 370. And no, this isn’t about how IBMA 2018 was a false flag operation and the lizard people will have a judge on the panel of every major picking contest in the next ten years because lizard people aren’t real. Stop sending me your bluegrass-lizard-people emails. I’m talking to you, Brian.

Anyway, I’m sure we’ve all seen the Kentucky Waltz memes I’ve made:

But it isn’t just a meme, this is a coded message to the powers that be stating that I know the truth. That I’ve been pickin’ on their hints everytime they drop them in the lyrics. That’s right, just like any good conspiracy theory “they” have been dropping pointless convoluted hints for years now! Why do you think Bill Monroe made a song with only eight lines so confusing? To help us open our eyes to the truth!

My eyes are open. I know the truth and I’m going to tell the world.

BILL MONROE IS A TIME TRAVELLER

Kentucky Waltz is a love song, but about who? There’s more than a few women that come up in the story of Bill Monroe’s life. Notably, Carolyn Brown, Bill’s first wife who inspired the song “Along About Daybreak” after stabbing Bill in the leg with an ice pick. Or the infamous mistress Bessie Lee Mauldin. As a long standing Bluegrass Boy bassist, her relationship with Bill allegedly bore an illegitimate child. You may know their daughter as “Little Georgia Rose”. To finish let’s do a deeper cut, Wanda Huff. She accused Bill Monroe of cheating and asked him to swear on a Bible that he hadn’t, Bill allegedly beat her silly with that same Bible. However, the case was dismissed after it came to light Wanda had threatened Bill’s life and a gun was found in her truck.

So maybe Bill didn’t have the best love life, if only he could go back to a simpler time. Spoiler Warning. Oh wait, you’re supposed to put that before you say the spoiler, damn it.

See before Bill met Carolyn, Bessie, or Wanda there was another love. A woman he met right in his hometown of Rosine, Kentucky. A woman that he shared some special moments with. Maybe he was playing a dance with Uncle Pen and he sat out on a tune so he could dance with her.

Just like Bill says in that last line, it didn’t work out between them. Which sent him down a path of failed relationships as far as the eye can see. If only he had some kind of time travelling mandolin…

Oh wait, he did have a time travelling mandolin. Yup, Bill Monroe’s prized 1923 Gibson F-5 Lloyd Loar serial number 73987 was a time machine. Bill Monroe purchased the famed mandolin in October of 1943 from a barbershop in Florida. From that moment forward you can think of Bill Monroe as Marty McFly and Llyod Loar as Doc Brown. Or maybe Christopher Lloyd Loar!?

Bill Monroe has always carried a deep nostalgia for his old home and now he has a way to go back and visit it. But when will he go? Of course his mind immediately travels to a night of dancing with his lost sweetheart underneath the moon of Rosine, Kentucky. What song were they dancing to again? He can’t remember but why not go back to see it and hear it for himself one more time? With a mighty tremolo Bill Monroe starts his Gibson made time machine rumbling and takes himself back to that night. Appearing 20 years earlier, Bill sits nearby and looks out at the dance floor to see himself, years ago, dancing with his true love while an oddly familiar stranger sings a song with his Uncle Pen. The song goes something like this

Bill quickly writes down the words to this song and commits the chords to memory. He returns to his time confused and inspired. Three years later in 1946 Bill Monroe releases Kentucky Waltz listing himself as the composer. Feeling guilty over the theft of a beautiful song from a stranger, Bill decides the Loar will not be used for its intended purpose of time travel and vows to only use it to rip sweet syncopated blues lines over bluegrass standards.

Years later in November of 1985, Bill Monroe looks in the mirror and recognizes the stranger who had been playing with Uncle Pen some 50 years earlier. He decides it’s time for another trip. With one more mighty tremolo Bill generates the 1.21 gigawatts necessary and plunges himself once more into the mid 1930’s this time old and wiser. He waits for his 1930’s self to ask his sweetheart to dance. WIth the coast clear he proceeds to ask his long deceased Uncle Pen if he can sit in for a number. He kicks off Kentucky Waltz and gives the performance of a lifetime. His 1930’s self having a memory forever, and a Bill Monroe from the 1940’s furiously writing down the lyrics in the shadows. He leaves quickly afterwards to avoid arousing suspicion.

But as he begins another tremolo to send himself back to 1985 a string snaps. The mandolin breaks lose and Bill Monroe tumbles into a tear in space time. Fearing he has ripped a hole in the space time continuum with this now finished causality loop Bill is knocked unconscious. He later awakens on the floor of his living room. The Lloyd Loar lays in splinters around him as if it had been destroyed by a fireplace poker.

That’s right his mandolin wasn’t destroyed by an ex-lover. Those were pieces of an exploded time machine, bro! It’s all part of a government cover up that used Monroe’s promiscuity to keep the truth hidden. After much restoration work by the talented craftsman and physicist Charles Derrington the Gibson F-5 never became fully operational again.

As the bluegrass community at large became away of Monroe’s travels through time. Hints would pop up everywhere.

“It would be so fine, if I could just go back to 1949”
– Larry Sparks, Silver Reflections 1988 (Written after Bill Monroe’s time machine was destroyed.)

“Back baby, back in time. I wanna go back when you were mine”
– Gillian Welch, Soul Journey 2003 (Written in remembrance after Bill’s passing.)

Bill Monroe’s original mandolin now sits in a government bunker somewhere deep below the Blue Ridge Mountains. A look-a-like mandolin rests in a glass case in the Country Music Hall of Fame to serve as a warning to those who wish to change the past.

Or maybe it’s just kind of funny that Bill Monroe’s mandolin got smashed the same year that Back To The Future got released so I spent the afternoon writing this terrible piece of Bill Monroe fanfiction. You decide. 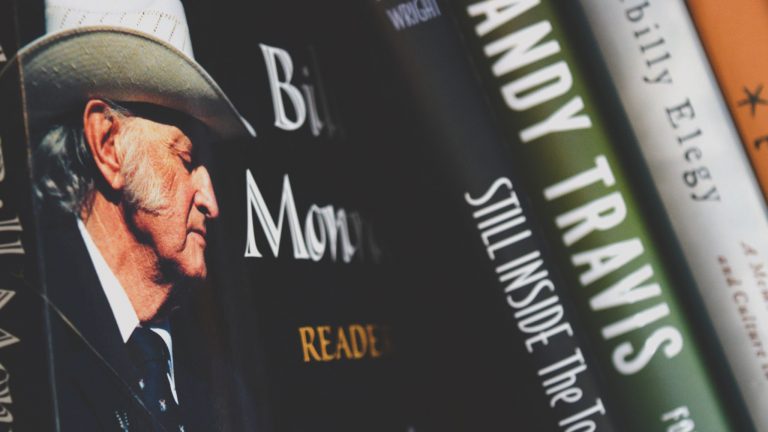 The Journey of True Life Blues 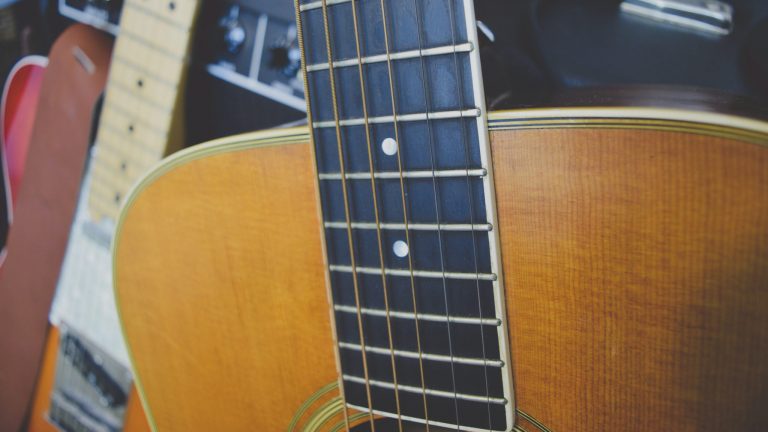 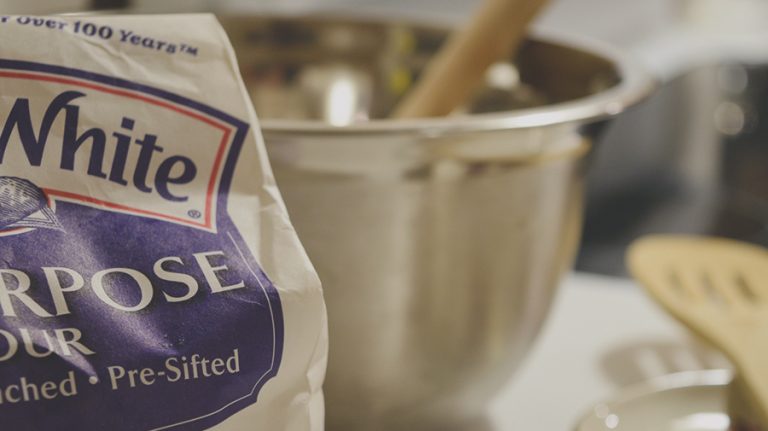